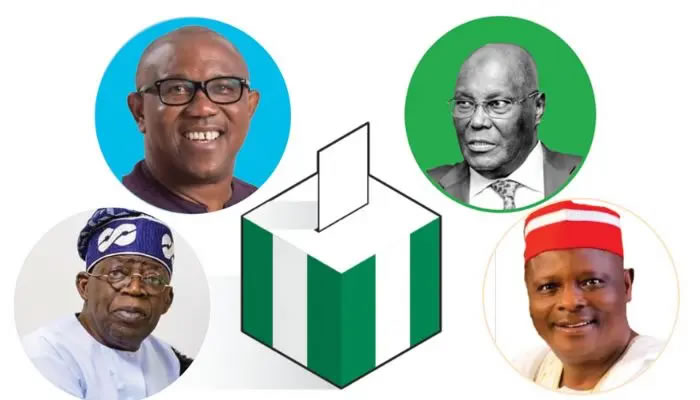 Mr Eddie Emessiri, the NEDG Executive Secretary, disclosed this at a news conference on Friday in Abuja to announce the proposed debate to the public.

He said the conference was also to garner support, build affinity with critical stakeholders and stimulate interest in participation.

Emessiri expressed optimism that such debates would enable the electorate make informed decisions at the polls that would evolve leaders that would positively transform the country in the interest of all.

He said candidates who would feature in the debate, would be selected from opinion poll results conducted to allow public input which was already ongoing.

“The final list with the names of selected candidates and the methodology for the selection process will be announced on Nov. 8, a week before the first debate,” he said.

On funding, he said the NEDG would sell advert space to big companies to advertise their products and services to cover the cost of operations.

According to him, because of finance and airtime, the NEDG will limit the number of presidential candidates to the four most popular ones, based on the poll results.

The NEDG executive scribe assured the candidates of a fair platform for engagement, saying that all stakeholders will be carried along.

Emessiri said the debate was designed to specifically provide a comprehensive and in-depth knowledge on the economic policies and agenda of various political party candidates seeking to be elected as the country’s next president in 2023.

He said the NEDG and the Nigerian Economic Summit Group (NESG) were collaborating with support from some Civil Society Organisations to steer the initiative.

He added that the essence was to ensure that the electorate made informed decisions at the polls after listening to the candidates.

“This presidential debate on economic policy will serve as a launching pad to discuss the roadmap towards an inclusive and prosperous Nigeria.

“It is crucial, like never before, to nudge Nigerians towards making informed voting choices that would produce leaders who would transform our country with the sagacity and political will that will steer our nation towards shared economic prosperity,’’ he said.

He said the debate scheduled to hold at Transcorp Hilton Hotel, Abuja, was part of the initiative towards sensitising stakeholders and citizens on peaceful, informed and accountable democratic participation.

He said the debate would seek to address the state of the economy, the concerns of the citizens to choose from among the presidential candidates and other related leadership positions.

He explained that the NEDG, the Broadcasting Organisations of Nigeria (BON) and their civil society partners would host three other debates.

This, he said, would deal with other important issues to help the electorate have a better understanding of how the candidates were prepared to keep the country on the path of prosperity.

“During these debates, the candidates will be taken closer to the electorate in the South-West, South-South and North-West geopolitical zones.

“They will discuss varying issues of national importance, such as foreign relations, governance structure, national defence and security, education, information technology and health, among others.

He said there would be nationwide broadcast of all the debates by members of BON, comprising all federal and state owned media outfits, including direct to home TV and cable stations.

Abia Business Connect reports that the NEDG is a coalition of broadcast organisations, civil society organisations and professional groups, who are committed to the deepening of democracy in Nigeria.

The NEDG is also committed to entrenching an enduring democratic culture through organised television debates since the return to democratic rule in Nigeria in 1999.