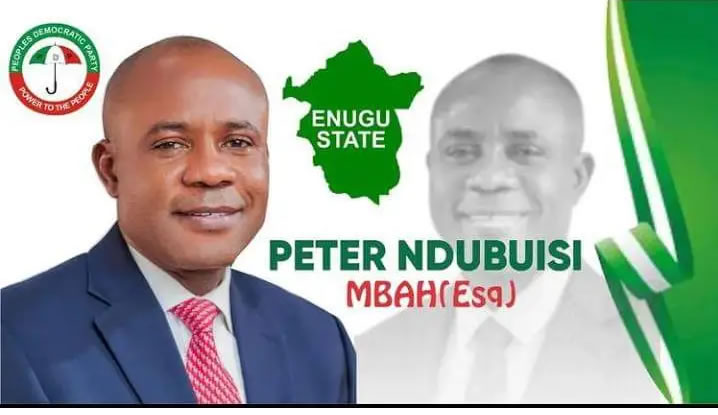 The group, which also endorsed Mbah’s deputy, Mr Ifeanyi Ossai, pledged to mobilise voters and promote the image of the candidate of the PDP ahead of the general election.

This is contained in a statement issued in Enugu on Friday and signed by nine prominent members of the movement.

The statement said that KPM metamorphosed from the former Kwado Nkanu Movement which was commissioned to ensure all the political parties in Enugu State zoned their governorship tickets to Enugu East Senatorial Zone.

It said that after a long period of indepth research, antecedents check, holistic consultations and due consideration, the KPM hereby endorses and adopts Mbah of PDP as its governorship candidate.

“The group whose leadership organogram stems round Enugu State and its senatorial zones, local government areas, wards and polling units, will embark on sensitisation tour to brand and sell the image of Mbah and Ossai to all nooks and crannies of the state towards a victorious election.

“Our decision to endorse Mbah is because we have seen his evidenced leadership traits as one of Nigeria’s most successful business and human resource managers.

“It is worthy to note that Mbah’s political partnership with Ossai as his deputy will further deepen the needed democracy in Enugu State come 2023,” it said.