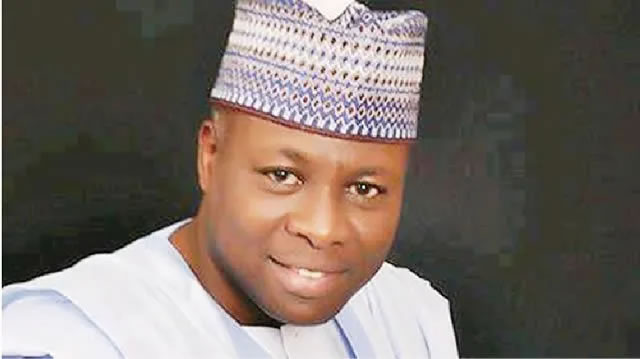 President of Nigeria Football Federation, Ibrahim Gusau, says it is incumbent upon the newly-inaugurated Interim Management Committee (IMC) of the Nigeria Professional Football League (NPFL) to make the competition better.

Gusau while inaugurating the IMC said it needed to imbue the league with integrity, credibility and a firm hand on management and administration to turn things around for the better.

The NFF President, who inaugurated the IMC at the Federation Secretariat in Abuja on Friday, pointed at lack of television broadcasting as one of the major drawbacks of the elite League.

“There is a lot of work to be done by this committee of eminent and respectable persons in Nigerian football, people with the pedigree and real calibre to effect change.

“One of the changes must be to ensure that our league is back on television, and that there is a lot of integrity and credibility to the way and manner it is being administered.

“I have tremendous confidence in the Chairman and members of the committee, that they will justify the confidence reposed in them by the government and people of Nigeria.”

Gusau thereafter presented to the chairman, Gbenga Elegbeleye, the terms of reference of the committee  whose tenure is to end after three months.

While responding, Elegbeleye thanked the NFF President and his Executive Committee for the confidence they have proclaimed in the committee.

He assured that the IMC would do its best within the three-month lifespan to put in place building blocks a substantive team will improve on to rejuvenate, upgrade and upscale the NPFL.

“Definitely, we have a lot of problems in the league. We have problems of officiating, lack of television and several other hiccups.

“Our job will be to do a lot to redress these within the short time we have, and we also appeal to the media to ensure credibility in their reporting of the league,” Elegbeleye, a former Director-General of the defunct National Sports Commission (NSC), said.

The News Agency of Nigeria (NAN) reports that Elegbeleye, also a former Vice-Chairman of the Youth and Sports Development Committee of the House of Representatives, was inaugurated alongside 13 others.

There is also Ponbeni Ogun, Auwalu Jada, with Olumide Bamiduro as Secretary and Ayo Abdulrahaman as Assistant Secretary.

NAN reports that the IMC is expected, in its terms of reference, to come up with the procedure for rebranding the NPFL with sincerity of purpose, transparency and accountability.

This is to help in creating an enabling environment that will ensure that the inherent benefits of its being a business outfit is fully maximised.

The committee is also to advise on the legal framework that will attract sponsorship opportunities from reputable corporate organisations which will make the league a sustainable and viable brand.

Also, the IMC is to draw up modalities for the commercialisation of television rights which will represent the highest value of the profit and loss for the domestic league.

It is also to restart the NPFL and draw up the 2022/2023 calendar in line with global best practices in achieving the desired objectives.

In this regard, the committee is to ensure that every Premier League club has a good playing infrastructure that is television-friendly, in line with CAF standards.

It is to ensure that the league is on television for better evaluation and transparency.

Furthermore, the IMC as a matter of urgency is to draw up a checklist of tools and activities as well as assign appropriate timelines within which they would be accomplished.

This will be with a view to having a form of professionalism in the league.

The IMC is also to put up a legal framework and set up modalities for a permanent body to run the league appropriately.

The committee is also to review the Club Licensing Regulations in line with the FIFA Club Licensing Rules, while incorporating legal, administrative and financing systems.

This is to be done alongside putting in place a structure that will guarantee the basic club licensing requirements.

This is expected to ensure that players welfare is adhered to strictly by the club owners, in terms of payment of players salaries, contractual terms and certified Insurance schemes.

The IMC is also expected to review the league framework(s) to ensure compliance, fair and credible officiating.

Also, disciplinary measures for hooliganism must be evaluated to prevent fans and teams from indulging in it.

NAN reports that the Federal Government, through the Federal Ministry of Youth and Sports Development, had in September declared the defunct League Management Company (LMC) illegal.
It had ordered the NFF to withdraw the operating licence granted the LMC, with a resolution later on that the IMC should be inaugurated with a defined Terms of Reference.
Share
Facebook
Twitter
Pinterest
WhatsApp
Previous article
Flamingos beat US to reach FIFA Under-17 Women’s World Cup semi-finals
Next article
Aston Villa sack Gerrard after loss to Fulham
- Advertisement -