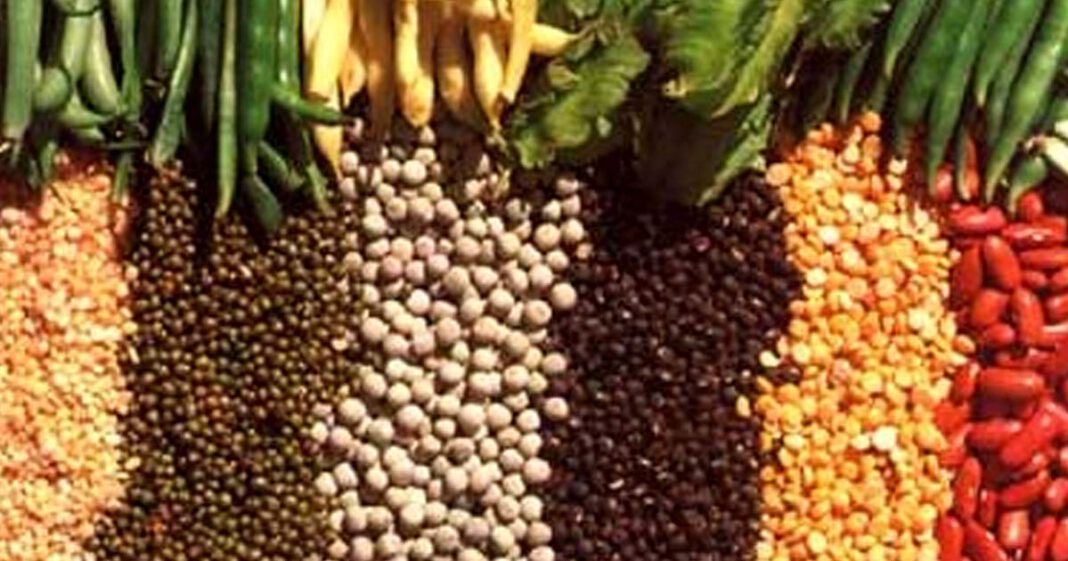 A global agricultural organisation, HarvestPlus is working closely with the Kaduna State Committee on Food and Nutrition (SCFN) to promote the uptake of biofortified crops enriched with micronutrients and vitamins.

The Country Manager in Nigeria, Mr Yusuf Fu’ad, made this known in Zaria on Saturday, at the side line of a second quarter coordination and review meeting with Local Government Nutrition Focal Persons (NFPs).

The News Agency of Nigeria (NAN) reports that the meeting was organised by the PBC with support from the United Nations Children’s Fund (UNICEF).

He said that the organisation was working with partners to fight hidden hunger by scaling staple food crops, bred to be rich with essential vitamins and minerals.

He explained that the biofortified and climate-smart crops sustainably improve the health, resilience, and livelihoods of smallholder farming households and low-income consumers, thereby, helping to make food systems more nutritious and inclusive.

The country manager said that the organisation has partnered with the SCFN to complement existing nutrition initiatives in the state using the food-based approach.

He explained that the organisation has been working with seed growers and farmers in the state to grow thousands of tonnes of Vitamin A maize, cassava, and sweet potato.

He explained that extension officers were training and linking famers on where to get the seeds and how to grow them, adding that iron enriched millet would soon be introduced.

He, however, said that many of the produce were not being consumed in the state but sold to other states, thereby depriving households’ access to the nutrition-rich crops.

“80 per cent of the biofortified seeds are produced in Zaria; the farmers are making money from nutrition-rich food but are not consuming it.

“This made the partnership necessary to work closely with the committee and every nutrition stakeholder in the nutrition space, so that every man, woman, and child in the community can have access to the crops.

“What we want to see is that, through the corps they grow and consume they should be able to have access to micronutrients and vitamins that will improve their nutrition status,” he said.

Fu’ad that women extension workers from Kaduna Agricultural Development Agency have been mobilised to drive the nutrition education and information at community level targeting the women.

“This is because we realized that the opportunity is not getting to the women in the communities, only the men are tapping from it,” he said.

He disclosed that HarvestPlus, with funding from the United Kingdom Foreign, Commonwealth and Development Office, would implement a Scaling Climate Adapted Nutritious Crops through Market System programme.

He said that the two-year project would be implemented in Kano, Kaduna, Jigawa, Adamawa, and Gombe states.

“Through the project, HarvestPlus will enhance the climate, nutrition and economic resilience of smallholder farming households and consumers.

“This will be achieved through strengthening climate-smart biofortified markets to work more effectively for poor farmers, women, and small-scale entrepreneurs.

Malam Bashir Muhammad, Permanent Secretary, PBC, lauded the initiative, , saying that the major role of the SCFN was to coordinate all nutrition activities in the state.

Muhammad told NAN that HarvestPlus has been implementing the project in the state in the past six years but without any link with the SCFN to further drive the intervention in local communities.

“With the current partnership, we will work with the organisation to ensure that most of the crops produced in the state are made accessible to the population to help address malnutrition in the state,” he said.

Earlier, Ms Linda Yakubu, Director, Development Aid Coordination, Planning and Budget Commission (PBC) had appealed to the organisation to train the Local Government NFPs on the initiative and Fu’ad obliged.