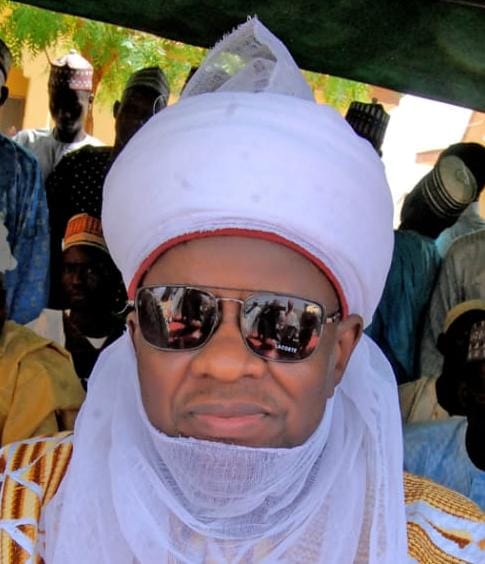 Alhaji Bello-Kankara, who is also the District Head of Ketare in Kankara Local Government Area (LGA), said the activities will enable them to keep fit and remain healthy.

He gave the advice when members of the Nigeria Union of Journalists (NUJ), Katsina State Television (KTTV) Chapel, visited him on Sunday in his palace.

The NUJ members visited the traditional ruler and presented him a trophy won by one of their own at the recently-concluded Kanwa Katsina Table Tennis Competition.

Alhaji Bello-Kankara further urged journalists to also utilize the sporting arena at the NUJ Secretariat for their development and leisure.

Alhaji Bello-Kankara, who is the Grand Patron of the NUJ KTTV Chapel, expressed happiness that the Table Tennis team of his guests came second at the competition he sponsored.

He urged them to redouble their efforts, so that they will emerge victorious during the next competition for media houses in the state.

The traditional ruler also used the occasion to call on media outfits in the state to collaborate with the Independent National Electoral Commission (INEC) to sensitize voters ahead of the 2023 general elections.

He said that he loves the table tennis game because he played it during his secondary school days in the 70s at the Government Secondary School, Malumfashi.

Earlier, Chairman of the NUJ KTTV chapel, Aminu Dandagoro, commended the traditional ruler for his support and contribution to their chapel, Ketare community, Katsina State and the country in general.

The News Agency of Nigeria (NAN) recalls that the Sports Writer Association of Nigeria, SWAN, Katsina State Council, in collaboration with the Kanwan Katsina, had organized a Table Tennis Competition among media organizations in the State.

The competition was part of activities to mark the ‘2022 Press Week’ and Katsina State at 35.