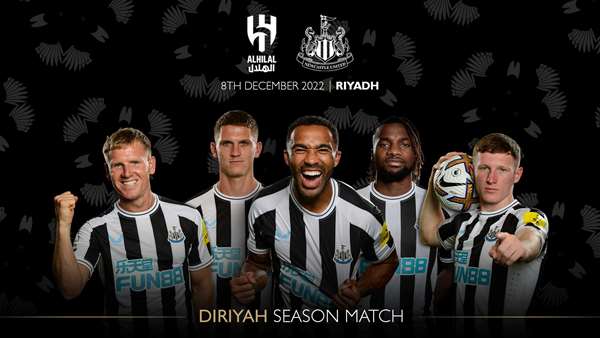 Antonio Conte’s men hoped to bounce back at Tottenham Hotspur Stadium after a chastening defeat to Manchester United in midweek.

But Newcastle United were good value for the win —- even if it is that they had a helping hand.

The goals left Spurs stunned, until Kane pulled one back early in the second half.

Yet, Newcastle United ensured it was only a consolation as they moved to within two points of their third-placed hosts.

But Newcastle United looked dangerous when going direct, and one such situation spawned the opener.

Lloris met Fabian Schar’s long pass and collided with Wilson, who turned and lofted into the empty net from 30 yards with Spurs given no VAR reprieve.

Their captain was suspect again just before half-time.

His pass was cut out by Sean Longstaff, who headed on to Almiron, and he squeezed a shot under Lloris after breezing past Clement Lenglet.

Newcastle United threatened at the start of the second half as well.

But a Spurs counter-attack led to a corner-kick and Lenglet’s flick-on was nodded in by Kane at the back post.

That was hardly the precursor to a dramatic turnaround, however.

Spurs created precious little as an attacking force thereafter, with Newcastle United seeing out a something of a statement win in north London.

Spurs find themselves in a bit of a slump, as they remain third in the table but have now lost three of their past five league games.

They now turn their attention to the UEFA Champions League as Sporting Lisbon visit on Wednesday.

Newcastle United return to action on Saturday when they host Aston Villa.