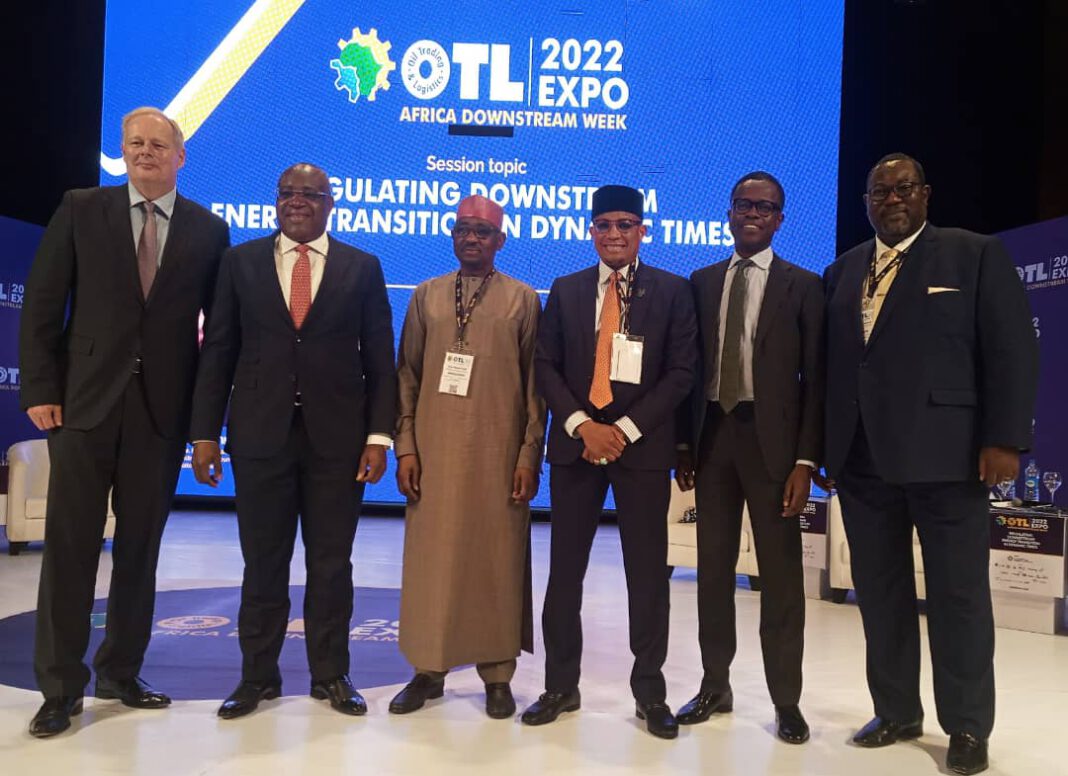 Ahmed made the remarks at the 16th Oil Trading and Logistics Expo in Lagos on Monday.

The News Agency of Nigeria (NAN) reports that, the event, which is part of the Downstream Week, is titled. “Regulating Downstream Energy Transition in Dynamic times.”

He said the authority would facilitate accelerated development of all key initiatives and projects that would guarantee optimal supply of gas from the abundant natural gas resources of Nigeria.

Ahmed pledged that the authority would work with key stakeholders to unlock the huge demand opportunities for use of gas in transforming the economic fortunes of the country.

He said the authority would also leverage the provisions of the Petroleum Industry Act (PIA) to spur gas development.

“We will develop an investor friendly economic model for the domestic gas market by promoting the use of LPG as a cleaner cooking fuel alternative to biomass.

“Recent research has demonstrated that transition to LPG for clean cooking reduces air pollutants and overall global temperature reduction by year 2040,” he said.

Ahmed said: “However, today that dominance is being aggressively challenged by renewable energy sources.

“We are currently experiencing major developments in energy supply globally, with discussions on energy demand rapidly evolving and rallying around the need for energy supply to be guaranteed through cleaner and more sustainable sources.

“These discussions have metamorphosed into a compelling strategic case, which has emplaced another energy transition in this century,” he added.

The CEO said it was in the light of the current realities that all stakeholders in the energy sector and more specifically the downstream must ensure that the sector was properly positioned for enhanced performance.

The NMDPRA boss said the authority was addressing the issue of fuel quality through strategic collaboration with key stakeholders in the petroleum products value chain such as Netherland Human Environment and Transport Inspectorate (ILT).

He said authority was also collaborating with NNPC Ltd., Standards Organisation of Nigeria (SON) and the Nigeria Customs Service (NCS).

“Our collaboration with the Nigerian Customs Service led to the suspension of import license for land border importation of petroleum products in order to eliminate sharp practices and enhance quality control.

“Further collaborations with NNPC Ltd., SON, NCS, Nigerian Society of Chemical Engineers (NSChE) and other key stakeholders on improving the standards of fuel utilised in Nigeria will continue,” added.

He said the strategic focus and scope of OTL Africa’s activities, which covered promotion and development of businesses, policies and operational relationships in the downstream energy value chain was highly commendable.

Abdul-Hamid said the Ghanaian government was also developing a 60 billion-dollar petroleum hub project on 20,000 acres in the western part of the country for storage and marine facilities.

“All the above-mentioned projects will help accelerate the petroleum hub, consisting of refineries, petrochemical development of the continent’s oil and gas resources, by connecting the downstream to the upstream.

“It will promote cleaner fossil fuels and biofuels as the pathway to a just energy transition.

“Gas has been accepted as the transition fuel because gas is the least carbon emitting fossil fuel.

“Therefore, Compressed Natural Gas (CNG) as a transportation fuel for example should be promoted in the downstream.

“The use of Liquefied Petroleum Gas (LPG) as a cleaner cooking fuel should also be encouraged,” said Abdul-Hamid.

According to him, Ghana will soon commence the implementation of the cylinder recirculation model to aid the increase of LPG use from 38 per cent to at least 50 per cent of households by the year 2030.

“We should support the reduction of sulphur in our fuels and harmonisation of fuel specifications across the continent as being promoted by the African Refiners and Distributors Association (ARDA).

“We should also look to promote the domestic production and consumption of biofuels such as ethanol, either as a blend into fossil fuels or for direct consumption.

“Ghana for example has a policy that allows transportation fuels to be composed of biofuels up to 10 per cent.

“Also, as part of the country’s transition plan, ethanol as a cooking fuel will be promoted,” he added.

He said government regulations played a vital role in ensuring that the implementation of a just transition where there were no drastic job losses and no stranded oil and gas assets on the continent.

He said regulations and incentives led to greater innovation, and in turn, allowed companies to commercialise more rapidly oil and gas assets.

“We must, therefore, steer our countries towards low carbon economies and net zero energy sector, but prioritise economic growth and development in the process.