PSN advises FG, States against over taxation of pharmaceutical coys 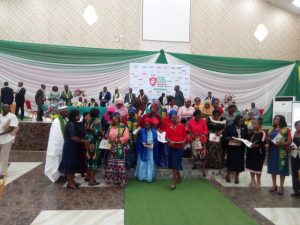 The Pharmaceutical Society of Nigeria (PSN) has advised the Federal and State Governments against over burdening pharmaceutical manufacturing companies with multiple taxation.

Mr Adejuwon Otelaja, the PSN-Kwara Chairman, gave the advice at the Annual Pharmacy Week 2022, themed: “Medicine Security in an Emerging Economy, We are All involved”, on Monday in Ilorin.

Otelaja explained that there is inflation already in the country and the costs of running manufacturing plants has greatly increased.

According to him, the chaotic drug distribution in Nigeria has greatly contributed to drug insecurity and that the Coordinated Wholesale Centres (CWCs) recommended by National Agency For Food And Drug Administration And Control (NAFDAC) is yet to be fully adopted by most Nigerian states.

He observed that this has placed drugs in the wrong hands and more evidently in the hands of abusers.

Otelaja empasised the need to empower all arms of drug distribution from manufacturers to the wholesalers and straight to the retailers.

He described Kwara as a hub for manufacturing pharmaceutical companies and likened it to India which has been sustaining and maintaining medicine security for years.

He added that the Indian government had created a business enabling environment for pharmaceutical manufacturing companies to grow and monitoring systems to check the drug distribution.

The PSN chairman said the association had launched the Kwara rural pharmacy initiatives to increase the societal access to medicine and comprehensive pharmaceutical care at grassroots levels.

In his keynote address, Dr Abdulraheem Malik, the Executive Secretary of the Kwara Hospital Management Board, lamented the rate of unsupervised drug use in the country.

According to him, not all fancy pharmaceutical stores can be guaranteed, and that there is need for educating the masses on the effective usage of drugs.

Malik advised people to ask questions pertaining to their use of drugs, adding that pharmacists should endeavour to educate patient on correct use of medicines.

He also observed that the internet has become an outlet for information about drugs and diseases.

The executive scribe of the board therefore cautioned pharmacists on the need to follow the ethics of the profession when dispensing control drug to family members, friends and the society at large.

Mr Kayode Alabi, the state Deputy Governor, commended the Kwara-PSN for their immense contributions to the development of the state.

He pledged support of the state government to ensure a conducive environment for members, adding that government at all tiers will partner with the PSN to ensure medicine security in the state and the rest of the country.