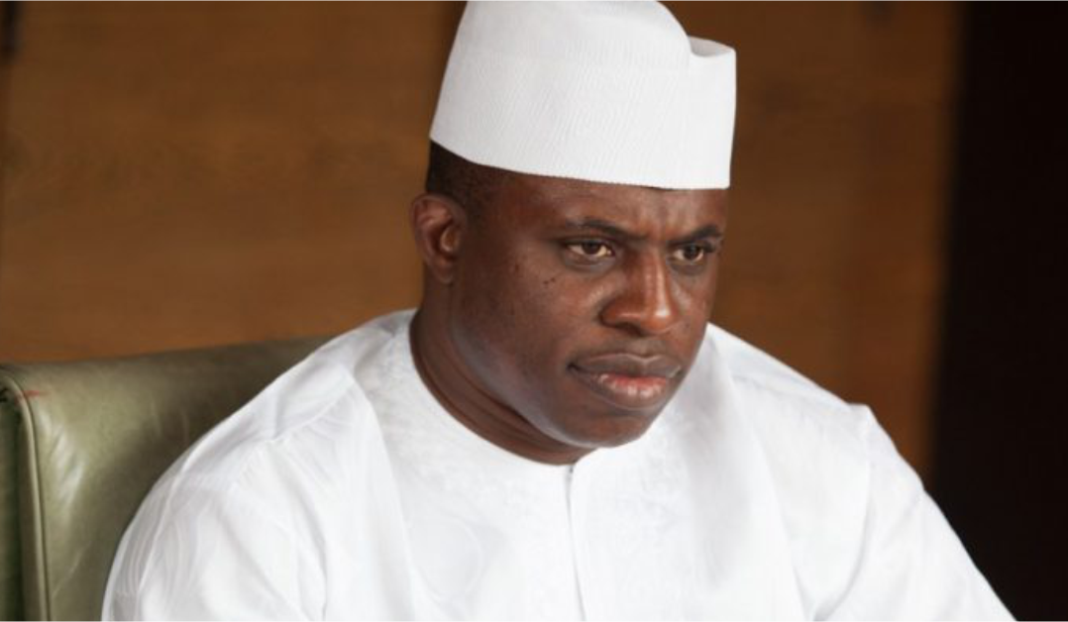 Former Speaker of the House of Representative, Dimeji Bankole, says quality legislative representation is important to check the overbearing influence of governors.

Bankole made this known at the 6th convocation of the National Institute for Legislative and Democratic Studies (NILDS) and University of Benin held in Abuja on Monday.

The News Agency of Nigeria (NAN) reports that the convocation was for Post Graduate, Higher National Diploma and Masters Programmes.

Bankole, who was a guest speaker at the event presented a paper titled “Legislative Turnover and Effects on Institution and National Development”.

Delivering his speech, Bankole said that the crtical process of selecting people to the legislature and the overbearing influence of the executive, especially the governors, highlighted the need for strengthening and professionalising political parties.

According to him, this is to make them less likely to be hijacked by governors or other moneybags.

“Given the legislature’s role in holding the executive to account, passing laws, and reviewing government policies, the quality of people elected into the legislature is important.

“Those elected into parliament should not simply be ‘loyalists of governors’ or ‘governors’ boys’ but people who can understand and engage with policy and other technical issues routinely presented to the legislature.”

He also called for strengthening of the leadership selection process in the country to ensure that only the best hands were elected or appointed to leadership positions.

On financial and operational autonomy for State Houses of Assembly and State Judiciary, Bankole said that the immediate implementation was vital for their independence.

He also advocated the need to overhaul the budget process to make it more transparent and improve accountability.

“The current line-item budget system has proven ineffective over time, and many critiques have pointed to its defects.

“I encourage the National Assembly to consider and pass the budget process bill to institutionalise and strengthen it.”

In his remarks President of the Senate, Ahmad Lawan said that “ironically, Nigerians don’t query the 99 per cent of the national budget which goes to the executive. All they are concerned with is the one per cent for the national assembly.

“How does the one per cent influence our lives. The Constitution has left the legislature prostrate because in section 88 it talks of the legislature exposing corruption, waste and it stops there.

“So when you expose something and you can’t do anything how does that solve the problem,” he said.

However, Lawan who is also the Chairman, Governing Council of NILDS said that it was remarkable that a relatively young programme such as the NILDS-UniBen postgraduate programme has been able to host the event for six consecutive years.

“This is no mean feat by any standard.

“We must commend the steadfastness of the managers of the system, most especially the management team for their selfless commitment to the actualisation of the vision and mission of the institute in all ramifications.”

Also speaking, Speaker, House of Representatives, Femi Gbajabiamila urged the graduands to use the knowledge acquired to think of innovative ways that will strengthen administrative and bureaucratic practices.

On the importance education, Gbajabiamila said that he was saddened by the 8-months strike action of the Academic Staff Union of Universities (ASUU) which was recently suspended as a result of the intervention by the leadership of house of representatives.

“I am confident that the federal government will keep to it’s commitments to ASUU and other unions in the Universities.”

Earlier, the Director-General NILDS, Prof. Abubakar Sulaiman said that the 87 graduands had been certified in both character and learning by the authorities of NILDS and University of Benin.

“While thirteen candidates were for Masters Degree in Elections and Party Politics and eleven candidates in PGD in Political Party Management.”

He further said that the institute was working toward expanding partnership with other reputable institutions in Nigeria and beyond as means of advancing technical capacity of the National Assembly and other democratic actors and institutions.

One of the graduands of Masters in Election and Party Politics, Mr Olajide Ayobolu, said he was grateful to God for the successful graduation.

“I’m elated that my hard work was rewarded,” he said.

Similarly, Mr Akinkumi Johnson a staff of the national assembly and a holder of Masters in Legislative Studies said the institute had groomed the students for excellence in various fields of endeavour.

He, however, urged Nigerians to enroll in the various programmes offered by the institute saying that the institute was open for all.