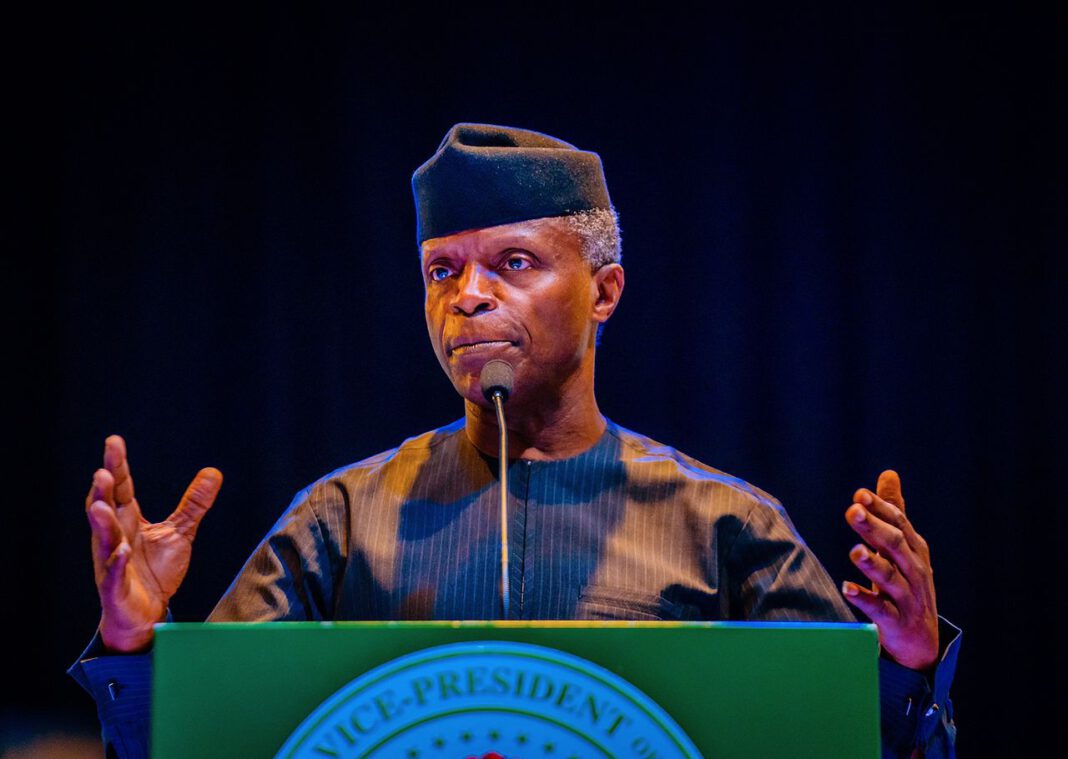 The vice president made this submission in his keynote address at the inauguration of SAPZ programme on Monday in Abuja.

Osinbajo said that the programme, which was recently approved by the Federal Executive Council, is a major cross-cutting value chain investment effort.

He said it was driven by the Federal Ministry of Agriculture and Rural Development, in alignment with the National Agricultural Technology and Innovation Policy of the Federal Government to incentivise agro-industrialisation for private sector development.

“The clusters where functional infrastructure like roads, power, water, and communication are provided to attract private investment into modern agro-processing and value addition to locally produced crops, livestock and related agribusiness activities.

“So, where a zone has an advantage in rice production for example, the well-resourced SAPZ would be located there to bring together agricultural producers, processors, aggregators, and distributors to operate in the production, processing and industrialization of rice.

“The SAPZ programme is a five-year Programme, being implemented by the Federal Government of Nigeria (FGN) in partnership with the African Development Bank (AfDB), the International Fund for Agricultural Development (IFAD), Islamic Development Bank (IsDB), state governments and private investors, in seven  participating states.

He said that the programme is expected, in the first phase, to achieve the following: Import Substitution, which will reduce Nigeria’s current food import bill; boost revenue from agricultural exports, create wealth for rural farming communities and create new sustainable jobs, especially for women and youths.

He said the programme is targeted at vastly improving the business environment for agro-industrial processors as it would improve their productivity and enable value addition for inclusive and adaptive economic growth.

“The programme is now a critical component of our agricultural strategy, which is to accelerate the industrialization of our agricultural sector with the objective of being ahead of our constraints in providing food, nutrition and wealth for the largest population in our continent.

“The first phase is in eight locations, in the next phase we will bring on board another 18 States; the SAPZs also stand to benefit from two salutary developments.

“First is technology and innovation; there has been an incredible upsurge in the number of agric tech startups in Nigeria all along the entire agriculture value chain.

“Some of those innovations have vastly improved the quality of inputs, some use innovation to improve yields, some exponentially increase investments in agri-businesses by various crowd-funding techniques.

“The National Information Technology Development Agency (NITDA) is also set to deploy innovative technology and digital skill sets to support the implementation of the SAPZs.’’

Osinbajo said that the African Continental Free Trade Agreement (AfCFTA) opened up for Nigeria, an opportunity to be the breadbasket and the agri- business hub of the region.

He said that convergence of resource and opportunity “is certainly auspicious for the great impact that we look forward to from the SAPZs.

“The operation of the SAPZs will also leverage on other Federal and State programmes, including the National Livestock Transformation Plan (NLTP: 2019 – 2028), and the Nigeria Industrial Revolution Plan (NIRP).

“The agricultural sector is pivotal in pulling our economy out of recession, and is the single largest employer of labour, so we must incentivise agriculture through greater investments and an enabling environment for private sector participation, and to advance our national agro-industrialization drive.’’

Osinbajo said that the Federal Government is proud of the strategic relationships with AfDB, IFAD and IsDB over the years in building long-term national prosperity for our country through agriculture. And we thank them for their steadfast support through the years.

According to him, the inauguration of SAPZ signals a profoundly important moment in Nigeria’s agricultural odyssey.

“If the SAPZ programme delivers on its objectives and we have no doubt that it will, then we would in less than a decade deal a fatal blow to food insecurity, create millions of good-paying agro-industrial jobs and opportunities and radically improve export earnings from agriculture,’’ he said.