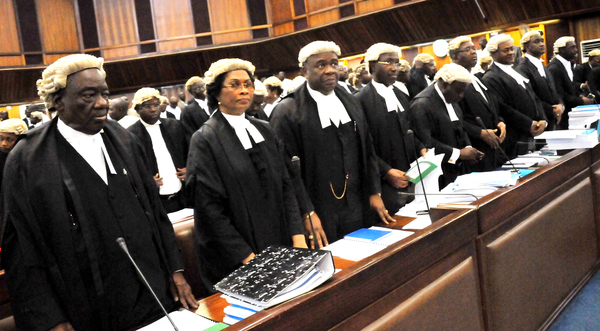 The International Federation of Women Lawyers (FIDA) says women are key players in peace building and mitigating violent clashes in the country.

The Plateau state chairperson, Mrs Obioma Achilefu, stated this In a workshop for women in Barkin Ladi Local Government Area of Plateau.

“Women are safety partners, hence, in the capacity-building we are undertaking, we want them to fully understand that peace building is for a lifetime.

“Most conflicts were not averted because there was no one to step in to calm nerves, women are natural peace mitigators,” she said.

She said that the project’s goal was creating a cohort of women who would advance peacebuilding in vulnerable communities Barkin Ladi Local Government Area.

She added that the promotion of women’s inclusion in peace-building and conflict mitigation throughout vulnerable areas in Nigeria could not be overemphasised.

Dazyam said that women were always left behind and their potential not fully utilised in conflict mitigation.

She posited that women should not be excluded from decisions that affects them,

A participant, Mrs Lucy Pam, stated that the project had enlightened them to know their importance and roles they could play to mitigate violent clashes in their communities.

Pam said that community leaders could now include them in decision making and engage them in peace building processes which was not obtainable in the past.

Similarly, Mrs Amina Inusa, a resident of the area, said that the training would help reduce violent clashes to its barest minimum, adding that women had great influence on their husbands and male wards