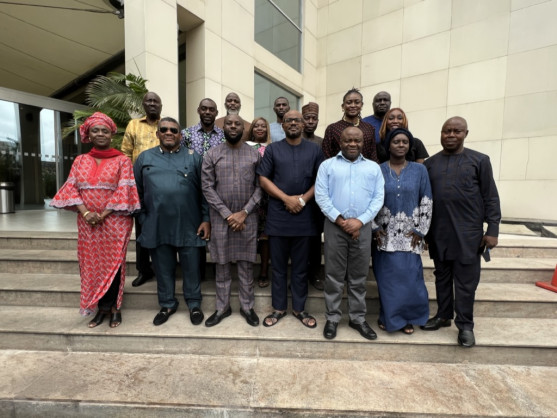 Its Coordinator, Prof. Folasade Akinsola, made the symbolic cheque presentation to the college Provost, Prof. Olayinka Omigbodun, on Thursday at the 40th Anniversary/Reunion Lecture at the College’s Hall, University College Hospital (UCH), Ibadan.

Akinsola said that the donation was to “top up” the N1 million earlier donated to the college three years ago.

“About three years ago, we brought a cheque of N1 million to support the college in whatever it intended to do.

“But, the provost smiled and told us that the college just got approval to build PPP Hostel and that the N1 million we brought was a seed money toward the project.

“So, today, we are here to top up the money with N40 million, because we finished from the college 40 years ago and we decided to bring N40 million to support the project,” Akinsola said.

She said that the event was organised for the ’82 class of the medical college to celebrate their 40th anniversary of out of school, with various programmes such as reunion lecture, themed: “Medicine As a Business”.

In his remarks, as Chairman of the occasion, Prof. Dapo Ladipo, urged the ’82 class alumni to continue doing their best for humanity and their alma mater.

Ladipo, an Emeritus Professor, said he felt fulfilled to see the excellent works, both academic and clinical, that was ongoing in the college, in spite of the considerable challenges, in particular, financial constraints and frequent migration of scholars to greener pastures.

According to him, the progress and developments recorded by the college are due to huge investment in research.

“And, if our College of Medicine wish to remain relevant and competitive, I recommend to the alumni to contribute into a funding pool for research.

“Provision of adequate research fund will support faculty staff to acquire new research skills and set up laboratories where younger staff members can be groomed.

“In addition, quality teaching is the key to lifting students and resident staff quotient to attaining the institutional objective.

“Therefore, lecturers need to be motivated to embrace continuous professional development through provision of funds, use of digital technology and funding exchange programmes with internationally reputed institutions abroad,” he said.

Ladipo added that adequate funding would help to provide conducive living and learning environments that are crucial to motivate students/residents staff and enhance learning.

The professor emeritus, recalling that the college produced its first set of graduates in 1951, said it had indeed established itself “as one of the finest in the world”.

Ladipo said, “The College of Medicine, University of Ibadan, has produced generations of bright scholars, physicians, outstanding technocrats as well as development of specialists.”

In his remarks, Prof. Jesse Otegbayo, UCH Chief Medical Director (CMD), appreciated the class of ’82 set of the College of Medicine for their contributions to the alma mater.

Otegbayo, represented by Dr Abiodun Adeoye, acknowledged the role being played by the products of the college in healthcare delivery globally

The CMD urged them not to relent in contributing to the growth and development of the college.

The News Agency of Nigeria (NAN) reports that the event also witnessed lectures to enlighten members of ’82 set and students on how they could venture into medical business, saying, “medicine is a business on its own” .

The key speaker, Mr Kola Oni, said healthcare was a significant challenge in Nigeria “and, because it is such a challenge, it is not a problem that we can leave for only one constituency”.

According to Oni, it is a problem that doctors, government private individuals, investors and even ordinary people consuming healthcare, need to come together and solve, instead of apportioning the cost to everyone in a way that all will bear the burden.

One of the focus speakers, Dr Leke Oshuniyi, said there was need for the College to be interested in the inclusion of business practices in the training of its students.

Oshuniyi said this would reduce the stress some of its young graduates passed through immediately after graduation due to the fact that they were not earning enough.(