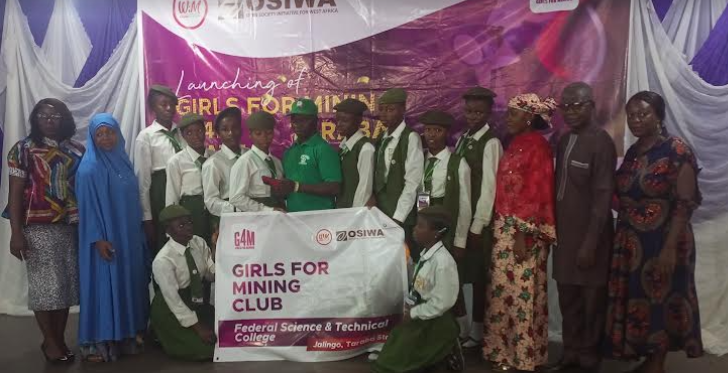 Abia Business Connecthttps://abiabc.com
Jalingo, Nov. 14, 2022 (NAN) The Women in Mining (WIWIN) on Monday inaugurated a mining training programme for schoolgirls in Taraba to promote and build a solid future in the mining sector.
Mrs Janet Adeyemi, the National President of the group who was represented by Mrs Ifeoma Aghaebita, Taraba State Coordinator, told participants in Jalingo that the idea was to build mining capacity for the girl-child.
She also said that the objective was to groom them to be potential miners and solidify the future of the mining sector.
According to Adeyemi, the idea became necessary due to numerous opportunities and the prospects in the mining sector.
“We are creating a landmark history for incoming generations in the mining sector that even when our generation is no more, mining among girls will remain.
“What I saw was a blissful and rich future for the mining sector, but the question I ask myself is, when the sector finally takes the front seat, who will be left in it.
“The only way to meaningfully populate the mining sector of today with productive women is to begin to guide our girls from their school
age into a prosperous future in the mining sector,” she said.
In their responses, some of the students — Abigail Udeani, Jacitha Joseph and Sakinat Suleiman — expressed joy as they were already considering exploring the field.
NAN reports that various secondary school girls were drawn from different schools in the state.
Share
Facebook
Twitter
Pinterest
WhatsApp
Previous article
Lawmaker launches empowerment scheme, distributes cash to 200 women, youths
Next article
Osinbajo thrills participants to “Buga’’, “Last Last’’ hails artists at UN Confab
- Advertisement -